Imposter Hormones – Obesogens – Threaten Your Health and Make You Fat!

Do you adhere to your diet and exercise religiously, only to find yourself still gaining weight? Chances are, your best efforts are routinely sabotaged by “obesogens,” a dangerous synthetic hormone, which has attracted the attention of the White House because of the threat it could be posing to Americans. On May 11, the White House published a report, “Solving the Problem of Childhood Obesity Within a Generation,” which stated that obesogens could be contributing to America’s obesity epidemic by tricking the body’s metabolic rates to slow down. According to an article from the National Institute of Health, “it seems quite likely that obesogen exposure will play an important role in the current obesity epidemic.”

How do obesogens do this? More importantly, how can you protect yourself?

Obesogens are endocrine disrupting chemicals, which are also referred to by scientists as “EDCs.” The endocrine system is made up of different glands including the commonly known hypothalamus, pancreas, pituitary, thyroid and reproductive organs, each of which act as messengers by producing different hormones. These hormones are important because they activate certain biological responses and influence how our bodies develop and grow. For example, hormones from the reproductive organs—estrogen and testosterone—affect maturation and reproductive function, while the hormone insulin controls blood sugar levels. In healthy individuals, these hormones act like specialty messages to keep the body functioning properly. Obesogens are thought to mimic these important messages.

But what if these “imposter” hormones were conveying incorrect messages that threatened to damage your entire biological system instead of sending your body the correct messages it needs to function properly?

This is exactly how endocrine disruptors like obesogens work. EDCs have emerged as a major health concern over the past fifty years, when industries ranging from manufacturing to agriculture increased the use of synthetic chemicals in their products, pesticides, packaging, and more. These chemicals have turned up more frequently in products we use everyday, from the plastic in our water bottles to the shampoo in our showers. Increasing data suggests that the more Americans consume, the greater and more widespread the consequences.

Scientists have found strong evidence that endocrine disruptors might be the cause behind a host of mounting national health problems, such as reproductive disorders and certain cancers, particularly breast and prostate. Some scientists also predict that younger generations will experience unprecedented health issues as a result of absorbing more harmful endocrine disruptors over a greater time period than their predecessors. This is the first time, however, that a direct link has been found between synthetic hormones and weight gain, hence the new term, “obesogens.”

Obesogens are a particularly dangerous type of EDC because we ingest them directly into our bodies through food and they imitate metabolic hormones, slowing metabolic rate (metabolism), which is a known cause of obesity. As a result, the “traditional” means of losing weight, diet and exercise, may not work. In fact, an individual attempting to lose weight the traditional way will actually be fighting against what the body believes to be genuine hormonal messages. The great majority of Americans who eat a standard and even “healthy” diet have been exposed to obesogens, possibly making this an incredibly widespread issue. Did we mention that 200 million Americans are overweight? Overweight and obese individuals are known to be at risk for heart disease, cancer and type II diabetes, not to mention the possibility of a host of other issues under current exploration.

Luckily, the battle of our bodies versus obesogens is not hopeless. The surest way to avoid obesogens from the body is to embrace a natural diet and lifestyle. Ideally, this means eliminating processed foods and taking up an organic diet. Make sure that you are purchasing not only organic fruits and vegetables, but also meat. A cow that has been fed corn that was grown with pesticides may still contain obesogens when it makes its way to the grocery store.

This dangerous chemical cycle of plant to animal to water is what makes obesogens so common. As a result, they are prevalent in tap water. Purchasing an at-home carbon water filter will ensure that you eliminate endocrine disrupters from the water you drink unless you drink from plastic water bottles where obesogens are leeched from the container itself. You may also want to consider a similar filter for your shower as many substances can be absorbed through the skin.

Become aware of instances when any of your food has close contact with plastic (ie. water bottles, packaging etc.), especially at elevated temperatures. These containers can leech bisphenol-A (BPA), an obesogen and endocrine disruptor. Avoid heating or microwaving foods in plastic containers as this releases the chemical and limit your consumption of canned foods, another known source for BPA’s.

When your dog is your best friend
What Are Endocrine Disruptors? 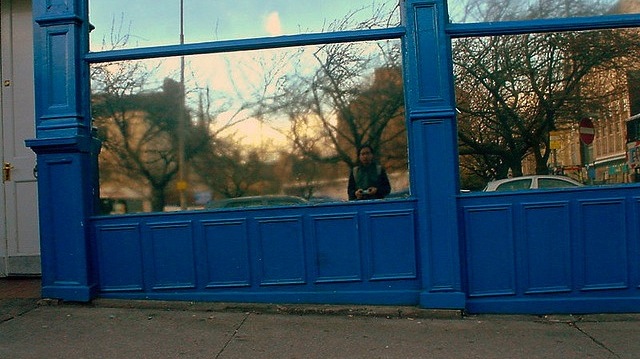