We believe that everyone needs joy, laughter, beauty
and awe in their day… 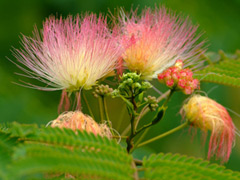 so when you have a few minutes to relax…
take a few deep breaths and enjoy!

Blessings to you,
Anne

While we at the Rejuvenation Institute respect and honor all religions and spiritual paths, we have come to believe that Christ is the answer for us. We are Christians and want to make accessible some good inspirational information that has helped us on our path to God.

A really great site that we have enjoyed is www.proverbs31.org. If you enroll in their newsletter you will receive short (easy to read) daily stories and quotes from the bible. It’s a really nice way to keep focused on what is truly important in this wonderful gift of life that we so often take for granted.

God Has a Positive Answer!

Here are 500 who have broken the bonds of obesity, you can do it too!

The story of Rick and Dick Hoyt – Team Hoyt…video

When your dog is your best friend…pictorial

Hard to believe such tranquility! If this is Earth, It is hard to imagine what Heaven will be like…pictorial

The Sky Before Katrina Struck…pictorial

The Street Gangs of Canada…pictorial

Husband of the Year Awards…pictorial

Back to Health Library

Join in as we learn how to manage common health concerns using therapeutic essential oils. This is an opportunity for you to learn some basics in selecting products that will help you to resolve these issues more quickly and safely. Many people do not want to use medication that can have various side effects and leave you feeling less than optimal. We are told not to use over the counter products for our little ones because they are not effective and can cause harm. We are blessed to have a healthy wellness cupboard including our therapeutic essential oils. Receive the “Dr. Mom” handout on products and essential oils that you can use with your family for common health concerns.

Back to the Young Living Library

When my older daughter was in her primary Montessori school, illness was rampant. Three years later she moved on to the Montessori Charter school and my younger daughter went in to the primary. That same year I met Kelly Wilson (she’s on this board and my upline :-)). She started cleaning the “little” school’s carpets with Thieves and provided a bottle of Thieves to the school for cleaning purposes. The illness levels dropped dramatically! By this time I was now her downline, so I purchased a bottle of the cleaner for my older daughter’s classroom. Her teacher LOVED it and noticed her class had a lower absentee rate. Being a Montessori, DD was in the same class for three years. By this time we realized that bleach would actually throw her into an asthma attack, so when she moved up into another class we provided that teacher with the cleaner as well. Now there are two classrooms using the cleaner and the primary school as well. All of those teachers were amazed at the lack of illness and the fact that it was safe for the children to use themselves. This past year the 3rd and 4th graders went on a field trip. One of the buses obviously contained lice as there were multiple children from that particular bus that became infested. Soon all but two classrooms had a lice infestation. Yup, you guessed it! The only two classrooms that didn’t have even ONE child with lice were the two using the Thieves cleaner. Now we had the rest of the staff’s attention :-) I asked if they would like me to present at the staff meeting and the answer was a resounding YES! Before going, I listened to Gary’s CD on Thieves and took notes. I then presented the findings at the meeting and explained all of the benefits including it being more disinfectant than bleach. That really got their attention. By now, there were a few parents using the Young Living Oils at home, so I went to these parents and asked if they would start supplying their classrooms with the cleaner and the foaming hand soap. Of course they agreed. Now every classroom uses the Thieves, two classrooms diffuse various oils, and a number of teachers have purchased the cleaner for their homes. I no longer have to worry about the bathrooms being cleaned with bleach and my DD having an asthma attack. Thank you to Kelly Wilson,YL, and to an open minded school.

Back to the Young Living Library

Organic Food: Why The Fuss

Whether you have been eating organic for years, or are just getting started, we would like to share the basics with you.

As proven through the growth of organic chains and the organic section at your local grocery store, this is not a standard five year health trend. According to the USDA, retail sales of organic food rose from $3.6 billion in 1997 to $21.1 billion in 2008 and we mean it when we say that this is just the beginning. Organic eating has become a lifestyle for millions of people and has accelerated to a point where the entire industry faces supply shortages.

Why are people willing to pay more for organic foods?

So why is the popularity of these foods booming despite higher cost? Organic certification by the USDA requires that farmers follow strict guidelines during every step of agriculture production to reduce pollution as well as improve soil and water quality. That explains the higher cost, but people are not paying organic premiums solely for their benefits to the environment. A great deal of the demand for these products hinges on the fact that organic farming relies “on ecologically based practices such as cultural and biological pest management, exclusion of all synthetic chemicals, antibiotics, and hormones in crop and livestock production.” This means no more chemicals in our food or our environment. It also holds true for foods with multiple inputs. For example a box of organic cereal would have the vast majority or all of its ingredients produced in this way.

Just how dangerous are farming chemicals?

Note the hazmat suit in this video…

That’s right, people are finally demanding foods that lack unpronounceable ingredients and chemicals. The general population is quickly realizing the benefits of foods produced the way nature intended. So whether you want to clean up the environment, eat food that has not been subject to synthetic chemicals or some combination of the two, consider reading deeper into these issues or heck, just try some.

More information pertaining to organic food can be found here:

Organic Labeling and Marketing: Who can I trust?…article
EPA Site for Information on Organic Food…website
Is Organic Food Better for You?…article
Organic vs Natural…article
Food Additives to Avoid…article

Water, Water Everywhere, But Not a Safe Drop to Drink?

It’s been said that what we don’t know won’t hurt us.

Unfortunately, when it comes to toxins found in the water we drink every day – including bottled water – what we don’t know could prove potentially lethal.

According to the first-ever study of pharmaceuticals in America’s drinking water, published in 2008 by the U.S. Geological Survey and the U.S. Department of Agriculture, traces of pharmaceuticals and caffeine were found in 24 of the 28 metropolitan water supplies tested.

The six drugs most commonly found include the pain medications ibuprofen and naproxen (found in Aleve); the anti-convulsive carbamazepine, used as a mood stabilizer to treat epilepsy and bipolar disorders; the antibiotic sulfamethoxazole, used to treat urinary tract and other infections in humans and animals; the cattle antibiotic monensin; and the disinfectant triclocarban, commonly found in antibacterial soaps.

Traces of antidepressants, antacids, synthetic hormones from birth control pills and a wide variety of other medications also were found in our drinking water. The common drugs we take (and use on animals) are flushed into wastewater every day, where they become part of water supplies downstream. Most water treatment plants are incapable of removing these trace contaminants from our drinking supplies.

Although health officials contend that the minute parts-per-trillion quantities of the waterborne hitchhikers we drink pose no immediate public health threat, there is growing concern over their long-term effects, particularly on those with autoimmune disorders and adolescents nearing puberty.

There is good reason for alarm. According to the Environmental Protection Agency, there are 84,000 chemicals in use in the United States today in everything from air fresheners to rocket fuel. Of these, roughly 17,000, or nearly 20 percent, remain secret to consumers, protected by a loophole in the 1976 Toxic Substances Control Act that exempts companies from disclosing chemicals that they consider “trade secrets”.

In most cases, these chemicals are included in perfectly well-intentioned products. Take the chemical trichloroethylene (TCE), a lubricant used to keep missiles clean and ready during the Cold War. In high concentrations, TCE was found to cause nervous system problems, liver and lung damage, abnormal heartbeat, coma and death, according to the Department of Health and Human Services’ Agency for Toxic Substances and Disease Registry. TCE contaminated the groundwater of at least 63 missile sites. The U.S. Army Corps of Engineers estimates it will cost $400 million to undo the damage. Unfortunately, there is no way to undo the damage to victims of TCE.

Given that about 700 new chemicals are introduced annually, there’s more than 100 new substances entering our environment as “trade secrets” which we are allowed to know absolutely nothing about! In addition, because no one has studied the long-term effects of these chemicals’ impact on something as basic as our drinking water, there is no way to know whether they are slowly killing us in the process.

What can be done?

Options are limited at the treatment level. Chlorine, the weapon of choice to treat waterborne contaminants, does not neutralize pharmaceuticals, nor does boiling, since the drugs are neither volatile chemicals that would vaporize when heated nor biological organisms that would be killed. Home faucet filters and reverse osmosis systems have not been proven effective either.

Studies show that ozone water treatment, a process used by some bottled water distributors to convert tap water to “purified” drinking water, would be most effective. Unfortunately, such systems are costly and may not be practical at the municipal level. Ultimately, the answer may lie in stricter controls and more disclosure on potentially hazardous chemicals.

The White House and environmental groups continue to press Congress to amend the Toxic Substances Control Act to place the burden on manufacturers to prove that a substance should remain secret. They also want to lift the veil of secrecy so that federal officials can share confidential information with state and local health officials about substances that could pose a threat to the public.

The Story of Bottled Water…video

Back to Health Library